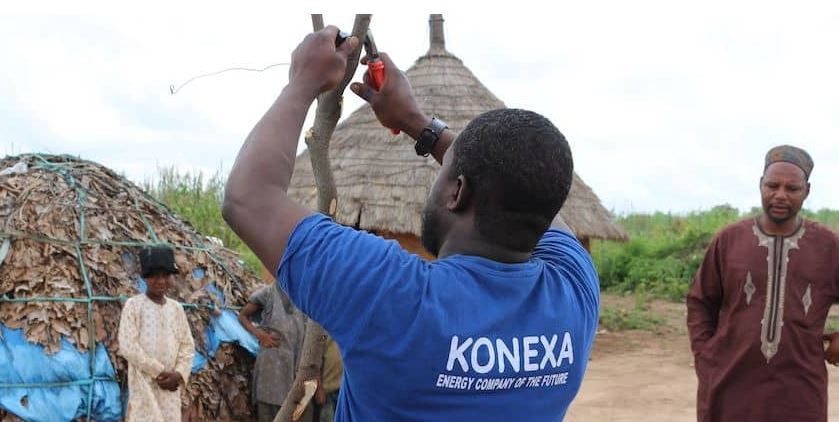 Successful, profitable utilities in Sub-Saharan Africa (SSA) that are meeting their regulatory mandates in terms of quality, cost and reach of service are hard to find. According to the World Bank, utilities in only two countries in SSA – Uganda and the Seychelles – were able to fully recover their operational and capital costs through customer payments in 2016. The reasons for this are manifold and vary by country and utility, but they all share two common themes: 1) inability to access affordable capital; and 2)low revenue collection rates due to a combination of theft, estimated billing practices and non-payment.

It is therefore unsurprising that electricity access in SSA continues to lag behind other geographies. Given the fundamental importance of reliable power to many other development outcomes – from economic growth and job creation, to health and education – the power agenda has steadily crept to the forefront of national priorities in many countries.

The African Integrated Utility: Leapfrogging into the future

While African utilities struggle to achieve financial sustainability, global trends such as demand growth, the increased penetration of decentralised energy sources, the rise of renewables, and an increased focus on digital technologies such as the Internet of Things are causing energy companies the world over to rethink the very fundamentals of their business models.

Utilities are still responsible for their raison d’être of linking transmission grids to their customers’ meters and collecting revenues. But they now also need to accommodate increasing quantities of distributed generation into infrastructure built decades ago and never designed for two-way power flows that can move power from sources such as solar rooftops back across the grid. 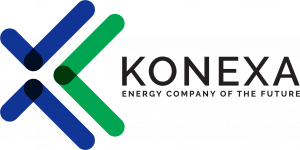 It is against this backdrop that a new vocabulary consisting of terms like “smart grids,” “utility 2.0” and “third wave utilities” has emerged to describe the utility of the future. At Konexa, we believe that Africa’s energy systems can leverage these trends to leap-frog antiquated electrical distribution systems dependent on remote, large-scale generation assets like oil and gas plants – much in the same way that cell phones quickly erased the need for landlines in the 2000s.

To this end, Konexa is pioneering an integrated distribution concept in partnership with Kaduna Electric and Kano Electric in Northern Nigeria. For our project in Kaduna State, we are targeting over 30,000 grid connections across customer segments, alongside 11 mini-grids and 650 solar home systems. From an impact perspective, we hope to provide power to over 6,000 off-grid beneficiaries and increase the reliability of supply for 100,000+ people currently connected to the grid, from a low of six hours per day for some connections, to 20-24 hours per day through this initial project.

Our approach consists of deploying and operating a combination of grid and off-grid assets to ensure the lowest cost of electrification. To achieve this, we have collaborated with MIT to leverage its Reference Electrification Model to determine the right mode of electrification for each connection. On the grid side of things, our efforts centre around bringing down technical and commercial losses through a combination of investments into the outdated grid infrastructure, as well as the rigorous deployment of meters to move customers from estimated to consumption-based billing.

We have recently started trialling solar home systems and are currently finalising technical studies with the aim of starting grid and mini-grid construction works in 2020. Ultimately, our aim is to scale Konexa’s integrated model across the entire concession areas of Kaduna and Kano Electric, which jointly cover seven states and serve 36 million people. Beyond that, our ambition is to replicate the approach in other SSA countries as well.

While we are still early on our journey, we believe the integrated distribution model can break the vicious cycle that Nigerian distribution companies (DisCos) face today, in which a combination of lack of capital for infrastructure investments and low revenue collection rates has stymied the industry. In the power sector, electricity flows from generation companies (which produce the power) to transmission companies (which provide the high and medium voltage lines that transport electricity across long distances) to DisCos (which provide the low voltage lines that distribute power to the end customers). But money flows the exact opposite way. Therefore, if we can restore DisCos to health and they’re able to pay transmission operators, there will be a systems-wide impact. That’s why a well-functioning utility with the ability to pay transmission charges is an important ingredient towards mending an entire energy system plagued by cash shortfalls and poor incentive structures.

We believe Konexa’s integrated distribution model could benefit actors in each of these categories and contribute to a much-needed sector overhaul, resulting in higher access rates and a more reliable supply of power. Let’s take a look at how this would affect each category in turn.

In Nigeria, actors across the energy supply value chain are suffering the consequences of cash shortfalls stemming from technical and commercial losses at the distribution level. Recently, the situation has deteriorated to the point that the Nigerian Electricity Regulatory Commission has threatened to revoke the licenses of eight Nigerian DisCos as a result of their failure to meet the expected minimum payment to the Nigerian Bulk Electricity Trader (NBET), a government- owned body which manages and administers the electricity pool across Nigeria. If the integrated utility model succeeds in drastically reducing commercial losses, NBET would benefit from full payment of these charges.

The Transmission Company of Nigeria would also benefit from Konexa’s efforts to reduce load-shedding – the common DisCo practice of deliberately shutting down a part of their networks to avoid overstraining their infrastructure due to high demand, and the payment of transmission use-of-system charges. At the generation level, Nigeria’s large-scale power companies – predominantly located in the country’s south – would benefit from the trickle-down effect of cash flowing from the DisCos to NBET and back to these generation companies.

Finally, Nigeria’s other DisCos would gain insight into a model to replicate: They could deploy off- grid technologies to extend access, invest in their infrastructure to increase reliability, and roll out comprehensive smart meters to introduce accurate consumption-based billing and reduce commercial losses.

For obvious reasons, residential, grid-connected customers stand to benefit from a more reliable supply of power – a cornerstone of Konexa’s value proposition. But many commercial and industrial customers would also benefit: In Konexa’s project area, some of these customers are currently relying exclusively on diesel to power their 24/7 operations and load-sensitive equipment with reliable supply. Reconnecting them to the grid would not only substantially reduce their energy costs (in some cases up to 50%), but also lower their greenhouse gas emissions by replacing diesel with cleaner power from the grid.

Finally, Konexa’s integrated distribution model would give off-grid customers access to electricity for the first time.

For the Nigerian Electricity Regulatory Commission, testing and exploring new models to increase DisCos’ performance is a priority. To this end, it has released an invitation for comments on its draft Electricity Distribution Franchising Regulation, which allows DisCo franchisees to manage the electricity distribution function in a designated portion of the DisCo’s concession area.

Nigeria’s Rural Electrification Agency is focused on higher rates of electrification, and is seeking to accelerate the deployment of interconnected mini-grids and solar home systems – both of which form part of Konexa’s integrated distribution model.

For the Ministry of Power, Konexa presents a case for a new business model that could unlock lower cost of capital across all modes of energy distribution (i.e., grid, mini-grid and solar home systems).

Donors are seeking to incubate new, financially sustainable – and therefore scalable and replicable – business models that exponentially accelerate progress towards Sustainable Development Goal 7, and that lay the foundation for economic growth in SSA. To take just one example, Konexa itself is a Shell Foundation spin-out and recipient of donor support from the UK Government, USAID/Power Africa and Rockefeller Foundation.

For investors, the integrated utility model remains an unproven – and therefore risky – approach. That said, many investors and large-scale energy companies are increasingly looking “downstream” to distribution, in order to own the customer relationship, and commercial capital is scouting the market for viable opportunities.

To date, Konexa’s integrated distribution model has been welcomed by key stakeholders in Nigeria, including the Regulator, the Bureau of Public Enterprise, the Ministry of Power, the Permanent Secretary, local community leaders, and key potential commercial and industrial customers. In 2020, we look forward to moving the integrated model from theory into practice, and are hopeful it can unlock Africa’s growth potential through the provision of reliable power for all.

This article was originally published by Nextbillion.net.